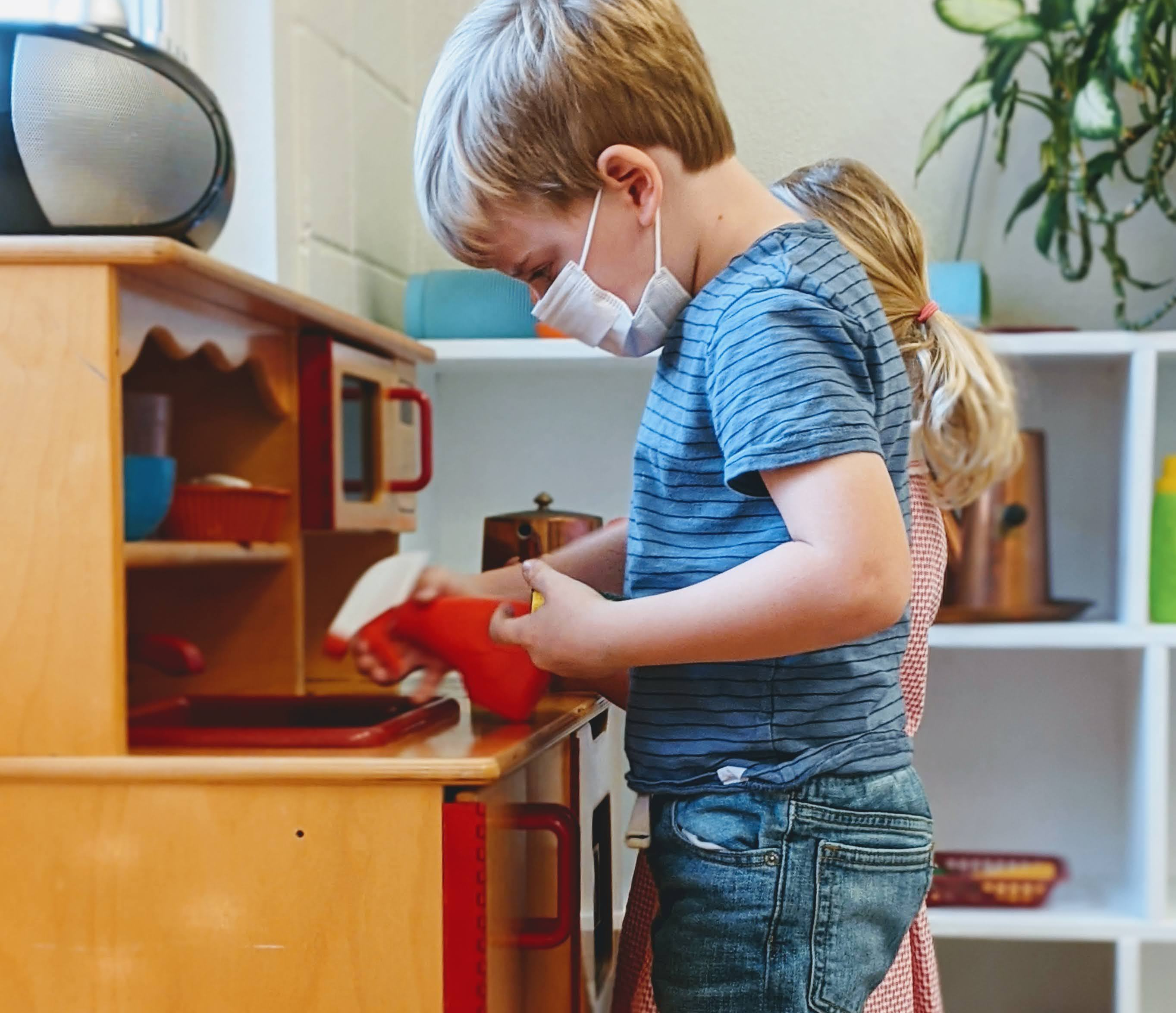 It has been said that a toy is a toy, but a box has a million possibilities. The best preschools under understand this concept and utilize it thoughtfully when developing their dramatic play areas.

Dramatic play areas are designed to allow children to experiment with familiar and fantasy everyday. But children can’t role play what the don’t know or can’t imagine. Therefore providing a role play space that allows them to revisit what they know, that follows their interests and extends their imaginations should be the core elements when designing these powerful learning opportunities.

Traditional role play is very adult directed and over-themed. Not many early years children actually have the tools or experience to access the play on their own and end up requiring an adult to facilitate. But if you give children an space that is open-ended with no specific theme, the play will be directed by the children. This form of role play might not look as cute as an adult directed area, but if you look closely, the level of imagination and language that results is what is most powerful. Elanna S. Yalow, Ph.D. states in her article, Discover the Many Benefits of Dramatic Play, that among the many benefits of self-directed role play is that “children are motivated to convey their wishes to others and speak from the perspective of their pretend roles. In fact, it is often through dramatic play that shy or withdrawn children first begin to express themselves through language.”

The open-ended role play area in my classroom has intentional enhancement trays. Each tray or bin contains goodies linked to particular interests, items that allow the children to take the play where they want it to go. Currently in our area we have a bin of laundry supplies, cooking items, vet/doctor tools, a keyboard, phones, mirrors, baby supplies, a tool kit, to name a few.

In one session of play, I have been able to observe the same group of children move from grooming their pet, to packing their bags for vacation, to turning the table and chairs into a car, to taking a road trip to Nantucket, to embarking on a submarine adventure. I’ve watched children use mirrors as a movie screen, a rolled-up placemat for a telescope, a notebook as a cell phone, and gems as pet food one moment and currency the next. None of this could happen in an adult prescribed space. It’s been fun to watch where the children take their play and how just switching out some enhancements can bring a whole new level of engagement, imagination….and learning!

Attend an Open House or schedule a tour.