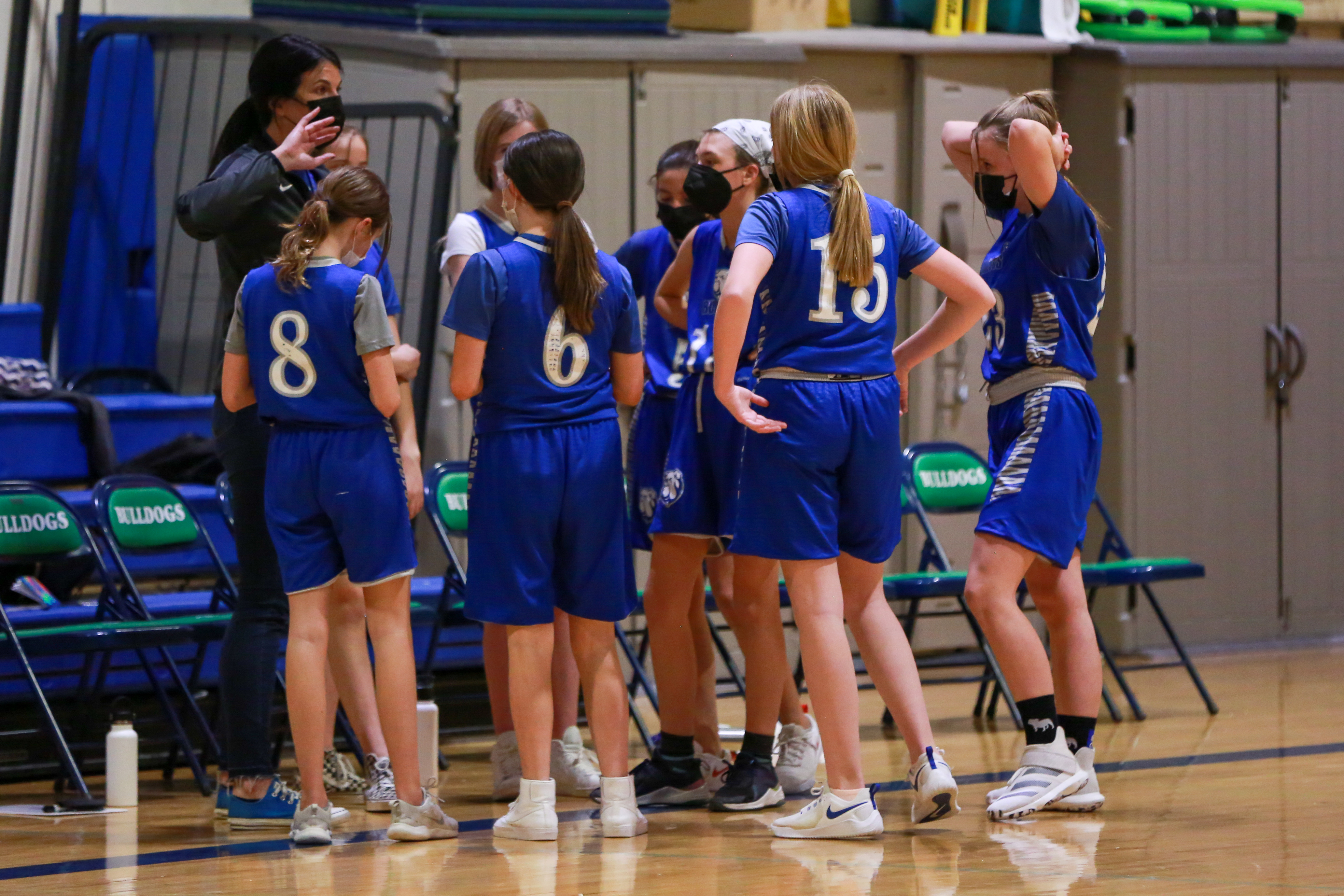 In BCD’s Athletics program, students develop athletic skills, build self-esteem, and learn team leadership skills. They also explore the meaning of discipline, commitment, resilience, and hard work. The supportive team environment encourages students to be themselves and to take risks, powerful lessons that easily translate off the court or field.

“Athletics, in general, has shaped who I am,” says Randie Wirt, BCD’s athletic director and kindergarten teacher. “I was allowed to fail. I felt disappointment, I lost games, I won games, and I realized that life went on regardless.”

After playing Division I basketball for University of Colorado–Boulder, Randie had a career as a professional basketball player in Finland. She then worked for a few years as a coach for the women’s basketball team at Colorado State University. She began to realize that it wasn’t the age group she wanted to influence. She was inspired to return to BCD, where she had helped with a summer basketball camp while she was a CU student.

At BCD, she encourages students to take risks and try out for sports they have never played before. “My vision for the Athletics Department is for athletics to impact every student, regardless of their athletic ability,” Randie says. “I hope the best athletes find pride in competing for their team and playing alongside their classmates. I hope that those who don’t consider themselves athletes find a role on a team that is significant and meaningful.”

“What encourages athletes to participate in sports at BCD—even with no experience—is that the nonnegotiable are things that EVERY kid is capable of,” she says. “We expect heart, hustle, and commitment… We don’t require students to be able to dribble or shoot or be fast—we expect them to show up on time and give maximum effort. When students reach expectations, there is a sense of accomplishment.”

“As a coach, I want to create as many opportunities for kids to learn, to win or maybe not, but to grow with each one.”

Randie tirelessly works to create an environment where team members are allowed to be themselves, support each other, and to fail forward. “Being part of something greater than themselves sends a powerful message,” Randie says. “When these students wear BCD on their chest, they don’t just represent themselves. They represent the entire school community…. Acting responsibly is a given—it is an agreement they make by wearing the BCD jersey.”

Randie knows from personal experience that sports can teach you what it means to work hard and be loyal and trustworthy, qualities she hopes to pass on to students. Life lessons learned on the court or on the field easily translate to the broader world: the value of being a member of a team, perseverance, resilience, what it feels like to lose and to show up the next day and try again.

“Sporting events are filled with mistakes, with decisions kids get to make on their own, and with consequences to these decisions…. ‘What if I miss the winning shot, what if my serve goes out of bounds, what if I am not as good as my opponent?’” she says. “As a coach, I want to create as many opportunities for kids to learn, to win or maybe not, but to grow with each one.”